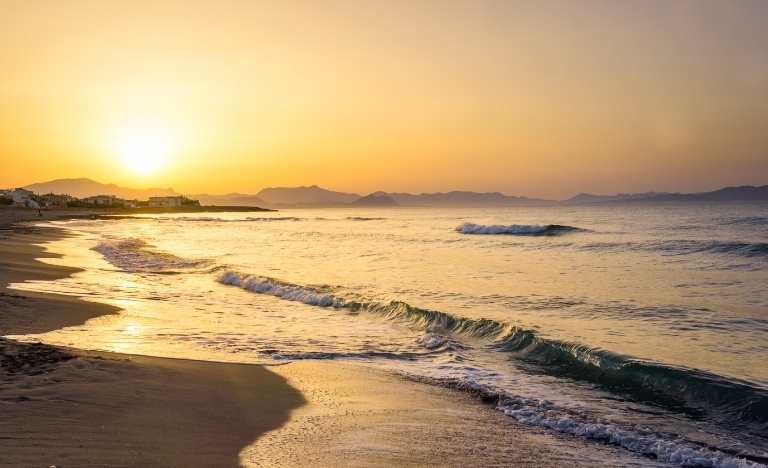 The paradisiacal charm of this unspoilt beach also extends to the archaeological site of Son Real and the Levante Peninsula Natural Park, which multiply the appeal of this lesser-known part of Mallorca.

The more than 500 kilometres of Mallorcan coastline, surrounded by mountains and cliffs, unfolds its Mediterranean charm with turquoise waters and 300 beaches guarded by an almost perpetual blue sky all year round. Among them, we discover Son Serra de Marina, one of those paradises that are still unspoiled and far from mass tourism. Framed by the Levante region on one side and the necropolis of Son Real on the other, this vast sandy beach is one of the great unknowns of the island of Mallorca.

To discover it, we have to go to the north-east of the island, more precisely to the municipality of Santa Margarita. The area is full of historic settlements, but Son Serra beach is still unspoilt and is hugged by the mountains of the Península de Levante Natural Park, of which it will soon become a part. The first thing that surprises you when you arrive, apart from the paradisiacal panoramic view, is one of the characteristic towers of this coast, used by submarines in the 1950s to calculate shots. The next point is perhaps the lack of sunbeds and umbrellas.

The crystal clear waters of Son Serra cover the sand with shells and posidonia flowers that inhabit the Mediterranean seabed and contribute to its conservation. The vegetation cradles the breeze and leads you to a system of dunes and a rocky area where solitude takes over the space even more. 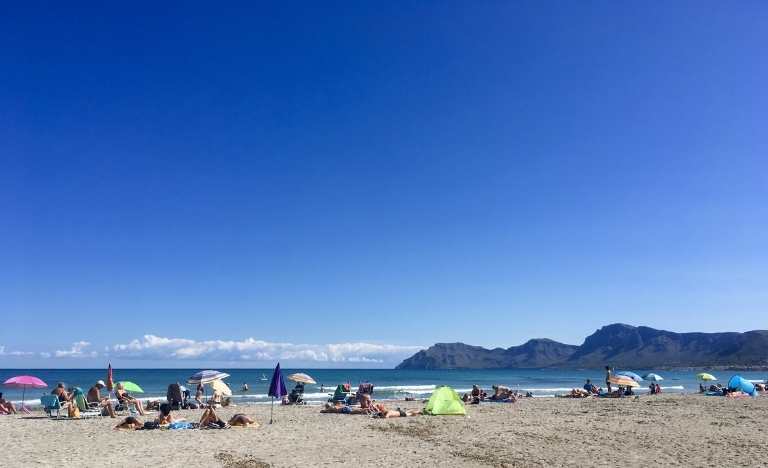 Son Serra de Marina is far from the typical holiday destinations and is mainly visited by locals and occasional sun worshippers, which is why it is also known as “the last paradise”. The blonde beaches have seen anecdotes such as the ban on men and women bathing together in the 1970s, which was punished by visiting 20 fairs. Who would have thought that naturism would be allowed here one day?

If Son Serra beach is a treasure for those seeking idylls with the sea, its temporary waves are a treasure for surfers. The choppy waters of the Menorca Channel give free rein to the pleasures of these and other water sports such as windsurfing. When the sea is calm, kayaks are launched into the water. On land, horseback rides and walks take you along quiet paths through pine forests to places like Colonia de Sant Pere, an old fishing village with an attractive seafront.

Returning to Son Serra, the Na Borges stream separates the beach from the village. Here you can see blue crabs, an invasive species native to the American Atlantic coast. On the other side are some simple cottages, a harbour and a few shops. They were built in the 1950s as second homes for Mallorcans, but the increasing urbanisation of the surrounding communities saved Son Serra from overcrowding. The beach bar El Sol is the most popular beach bar, especially on summer evenings when the mojitos are drunk to the quiet rhythm of chill-out.

To ensure the enjoyment of Son Serra, the Playas Seguras (Safe Beaches) application will be available this summer, providing data on the occupancy of all the island’s beaches, as well as capacity, water quality, flags and live status.

But this stretch of coastline, which stretches from Alcúdia to Cap Farrutx on the edge of the Levante Natural Park, has other wonderful enclaves to offer, such as the S’Albufera Nature Reserve, ideal for birdwatchers, the charming village of Artá, which is full of life on Tuesdays thanks to its local produce market, or the very interesting archaeological site of Son Real, which borders Son Serra.

Just a few metres from Son Serra de Marina, along the west coast, is the island’s most important archaeological site, with a necropolis that extends to a beach as unspoilt and spectacular as Son Serra. Declared a National Historic Monument in 1965, it has been the place where Mallorca’s high elite were buried since the 7th century BC and is the oldest cemetery on Mallorca. Cultures such as Talayotic, Roman and even medieval burials have been found in the cemetery. 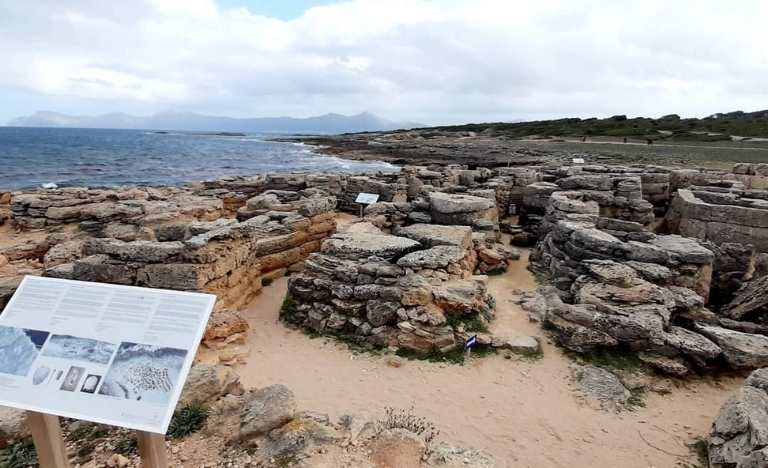 It is strange to find such an old style of graves, when it was common to bury in caves at that time. In Son Real there are 143 round and square niches where fragments of metal, glass, ceramics and bone remains of 425 people have been found, some with holes in their skulls, a practice used for healing purposes during their lifetime.

To visit the extraordinary megalithic structures, it is advisable to start at the Interpretation Centre, which is essential for understanding Son Real. A path that takes about 30 minutes leads through pine and juniper trees to the necropolis. The route can be done on foot or by bicycle, but there are also routes on horseback for an added experience.

The estate’s 395 hectares are planted with carob, fig and almond trees and are inhabited by local animals such as sheep, peacocks and black pigs. Son Real is also home to one of the three dolmens that can be visited on Mallorca, as well as a quarry where rock was quarried for construction purposes until 1946. Undoubtedly an unexpected place that perfectly combines history, nature and wonderful baths with Mediterranean flair.

If you are looking for accommodation in Son Serra de Marina, you will find all kinds of holiday homes and villas in Mallorca on our website.