Information and tips of Cap de Formentor in 2020

The Cap de Formentor is the northernmost point of the island of Mallorca. It is also known as the “meeting point of the winds”. Winds and waves erode the rocks and every day they shape the varied and steep coast of Formentor. In some places the ravines reach a height of three hundred metres and the views from the Formentor lighthouse and other points along the route make this area a popular tourist attraction.

Cap Formentor is a very important tourist resort on the island, where many visitors are regularly welcomed each year. Its impressive views of the sea and the beach make it a destination worth visiting.

Since last year, access by car has been restricted due to traffic congestion and during the high season it can only be accessed by bicycle or bus.

At Cap de Formentor you can visit not only the viewpoint, but also the beach and the famous Fomentor lighthouse.

Playa de Formentor (Formentor Beach) is a beautiful white sandy beach with blue flag on the Formentor peninsula, in the extreme northeast of Mallorca, about ten kilometres from Port de Pollença. 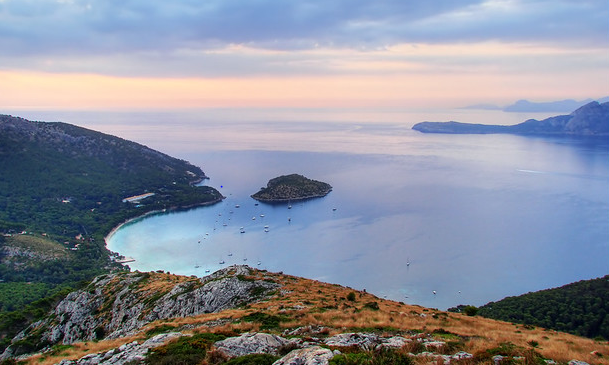 Formentor Bay is located in one of the most unspoilt and spectacular corners of the island, with dense pine forests and views of the Tramuntana mountains. It is long and narrow. It is about 1 kilometre long and is washed by turquoise water. It is surrounded by pine forests where you can rest in the shade on the hottest days.

The beach is very popular with tourists who visit the north of Mallorca to enjoy the panoramic views from Cap de Formentor, the northernmost point of the island, where there is a lighthouse. On a clear day you can see the neighbouring island of Menorca from here.

Playa de Formentor is divided into 3 different areas where you can rent sunbeds and parasols. In the high season it can be quite expensive. You can also find showers and toilets. Despite its length, there is usually not much space in the middle of the high season, as it is often very busy. The water is shallow and the sea is usually calm, which makes it ideal for families with children.

In some areas of the beach there are stones for easy access. This beach is ideal for people of all ages, and both families and young people enjoy the beauty and tranquility that can be found here. You can rent pedal boats and the necessary equipment for windsurfing and rowing. The beach is not very noisy and very clear, so those who prefer swimming or snorkeling can do so quietly. In the bay of Formentor you will also find 2 small souvenir shops.

The beach has 2 restaurants. One of them is a buffet restaurant, while in the other, more sophisticated, you can try a wider range of offers such as pizza, hamburgers and fish.

Two hundred and twenty metres above sea level, on the edge of the island of Mallorca, we look out over the most symbolic lighthouse, the Faro de Formentor, in an incredible atmosphere over the Mediterranean Sea. 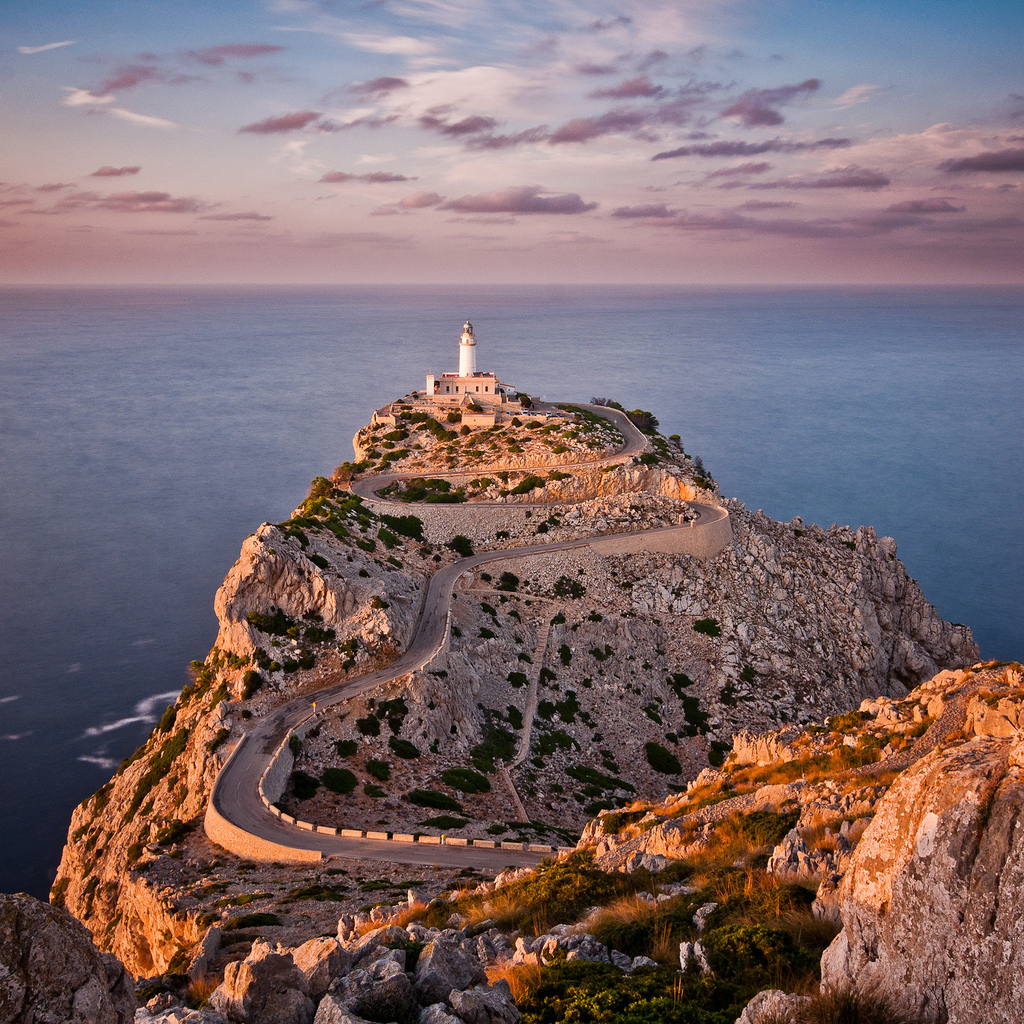 We are in the Finis Terrain of Mallorca, in the northwest of the island, where the Serra de Tramuntana runs out between cliffs, ravines, coves and some small beaches that form the steep and wild Formentor peninsula.

According to the most widely accepted explanation offered by Joan Coromines, the etymology of “Formentor” is Latin, “Promontorium”, “promontory”, hypothesis supported by documentation and ancient cartography that recognises Formentor as “Promontor” and other variations.

It is the characteristic of steep cliffs, cantalas and promontories that we find in this site. If we want to make a trip to this area of the island, we have to be prepared for a narrow road of twenty kilometres.

Along this beautiful, winding road, mountain goats often cross, not afraid to approach the people near the lighthouse, to be portrayed with them, always looking for a little something to eat.

In fact, the goats could spoil the perfect picnic that someone had planned to surprise his friends or partner at the lighthouse lookout point and watch the incredible sunset. Better without food, remember.

We leave from Puerto Pollensa to reach the Formentor peninsula (a promontory 13 kilometres long and 3 kilometres wide), not without stopping at one of the first interesting places that will impress us with their nature: the Mirador des Colomer or Sa Creueta.

We now continue to the popular beach of Formentor and then the road stops being less frequented. There are even a few more kilometres between pines, oaks, palm trees, rocks, cliffs… and when we meet another tourist, we have to consider how to pass exactly the same point.

We leave the bays of Murta and Figuera behind us and finally, after one of the countless curves we pass, the clear profile of the lighthouse appears above the mountain and the sea. We reach the lighthouse of Formentor.

The lighthouse was designed by Emili Pou. He began to work with a rotating catadioptric optic made up of twelve central elements and a fixed spotlight whose flashes were renewed every thirty seconds. It was inaugurated in 1863, and in 1927 an optical system with a mercury float was installed, which can be seen today in the Portopí exhibition. The rotating part of the old one was used for an installation with a mercury float, which was installed on Formentera (La Mola) in 1928. During this renovation, the lighthouse of Formentor looked like an ensemble of four lights.

In 1971 the lantern was changed and a new optical shape was created. Because of its wild surroundings and its remarkable remoteness, work on the lighthouse is very complicated. Throughout the construction, the workers also worked every Sunday and public holiday, which reached the ears of the Prelate of Mallorca, who built an altar in a suitable place to listen to the service and continue working afterwards. In 1962 an electrical line was installed, but the strong storms that occurred in this area made the line unusable with excessive frequency, so it was finally decided that the lighthouse would work with two sets of generators.

Nowadays it is a solarised, remote controlled signal. The old residences of the lighthouse keepers are being used again to provide tourist services, as this is one of the most visited areas in Mallorca. It is currently the lighthouse with the highest focal plane above sea level of all the Balearic Islands. Until the second decade of the twentieth century, the access road to the lighthouse was to the left of Cala Murta and consisted of a winding route of more than twenty kilometres.

This road, nine kilometres long, which takes us to the Hotel Formentor, was built in the 1930s by the engineer A. Parietti Coll, probably one of the most famous on the island, who also built Calobra Street among many other roads. The road was built to ensure the supply of the hotel under construction, since until then it was only accessible by sea. 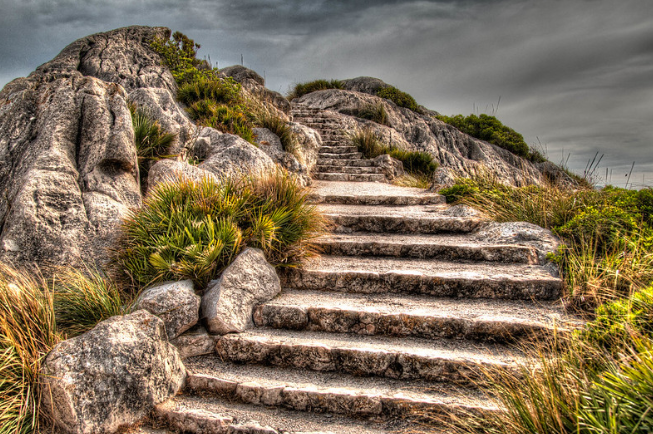 In some places it was so dangerous that Alan Diehl himself (the owner of the hotel at that time) hung on a rope and drilled the holes to encourage the workers. It’s a fantastic piece of engineering that follows curves to negotiate the slope and uses rocks extracted from certain canyons in other parts of the road.

The Colomer viewpoint is the highest point on the road, at an altitude of two hundred and thirty-two metres, and is full of people, cars and buses at tourist times. It was built in 1961. We see a rock monument from 1968 in memory of the engineer Parietti.

It is truly indescribable and is one of the most common and well-known photographs of Mallorca and the Formentor area.

It is a vertical wall of two hundred metres, framed on the left by the naked and vertical walls of the Cavall Bernat mountain range. The blue of the sea extends over the whole area where the island of Colomer emerges, an island one hundred and seventy metres high and seven hundred and fifty metres in circumference. It is characteristic of the steep terrain of the Tramuntana mountain range. It is named after the enormous number of wild pigeons that nest on it.

From the right-hand side of the Colomer viewpoint, you can continue towards Talaya de Albercutx, which is three hundred and seventy-five metres away, and from there you will have the best view of Formentor beach, the bay of Pollensa, the Formentor peninsula, Cavall Bernat and the Tramuntana coast.

It was built more or less in 1595, like the rest of the associated structures, as a lookout point and defence of the coast, in anticipation of the pirate attacks that were common until then. It is cylindrical, slightly conical, with gargoyles and matakans. It has a terrace and the access portal is 9 metres high.

It is now restored and in a good state of conservation, but had to fight off 2 attempts to demolish it. The first was in the early 70s, thanks to the initiative of its owner, when he intended to install a gun battery in its place.

During the civil war and the world war it was useful to set up an observatory.

A concentration camp for prisoners of war was also set up up up there. They built the road and the military facilities that exist.

In this link you will find the timetables and stops of the bus that runs from Can Picafort to Cap de Formentor via Muro Beach, Alcudia and Puerto Pollensa.

If you have any questions about Cap de Formentor, please do not hesitate to leave your comment.