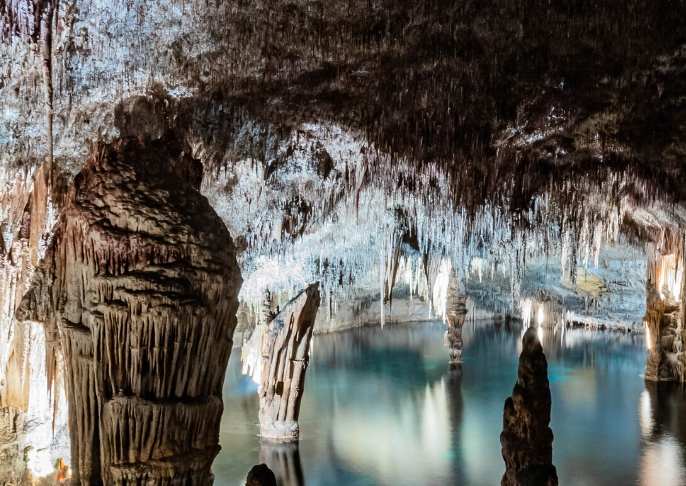 Mallorca holds numerous treasures, some of which are underground, specifically in its caves. Different geological processes have originated, over millions of years, impressive formations, which form true paradises that we can admire today. Fresh and salt water lakes or stalactites and stalagmites are some of the structures we can find when we visit the caves of this island.

They are located in the municipality of Manacor, near Porto Cristo, and are four large caves, connected to each other, which are called Cova Negra, Cova Blanca, Cova de Lluis Salvador and Cova dels Francesos, and extend to a depth of 25 metres. They house a large underground lake, called Llac Martel, which is about 115 metres long and can be crossed by boat after the daily live classical music concerts. From 1st November to 15th March the caves can be accessed from 10.45 am to 3.50 pm and the rest of the year the timetable is extended from 10.00 am to 5.00 pm. The price to pay is 14.50 euros for adults, while children from three to twelve years old will pay 7.50 euros. It should be noted that the visits are collective, but not guided. 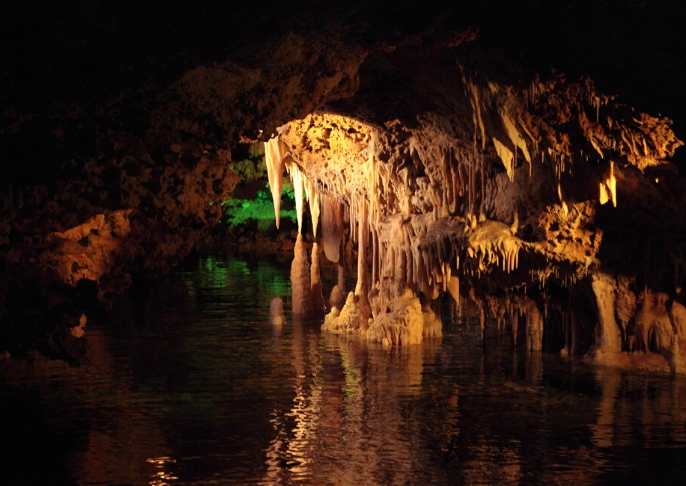 They are located in Porto Cristo and are recognized worldwide. They are named for the peculiarity of their hook-shaped formations, Hwams in Mallorcan. They were discovered in 1905 and were the first caves opened to the public in Spain, in 1910. The visit starts with a descent to the Cueva Redonda where visitors can enjoy an immense botanical garden and a small snack with a typical local liqueur and tapa. It continues in the Cueva Azul with the screening of a documentary on the history of Mallorca and the Hams caves. The next space to visit is the Cueva Clásica, composed of 12 galleries, where the underground lake Mar de Venecia is located and where a musical show ends the tour. The opening hours during the winter season are from 10.00 a.m. to 4.00 p.m. and in the summer it is extended until 5.00 p.m. The entrance fee is 21 ? per person, and 50% discount for children over 4 years old and residents.

They are the smallest caves in Mallorca, located in the residential area of Genoa, and were discovered in 1906. They are formed by a group of underground galleries of limestone origin, linked to each other by corridors of natural formation by the action of water, which has sculpted the rock over the centuries. Inside, it houses swimming pools, domes and other impressive structures. The visit to the interior of the cave is organized in small groups with a guide and can be seen in summer, from Tuesday to Sunday and from 10.30 to 13.30 in the morning and from 16.00 to 18.30 in the afternoon. The price for adults is 8 euros, and 4 euros for children. 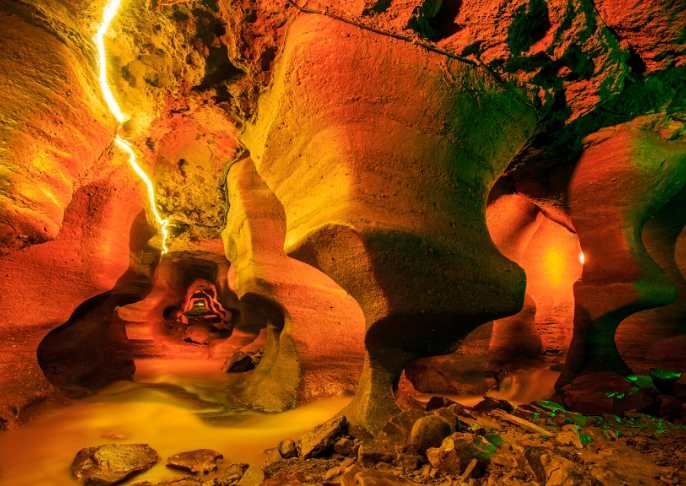 These caves were discovered by chance, while prospecting for water, in 1945, when a small hole was widened, through which a considerable air current came out, and in 1948 it began to be exploited for tourism. It has approximately 3,000 square metres of galleries and rooms, with geological formations of limestone, due to the erosive work of the underground waters. You can also admire stactites and stalagmites, some of which are more than three metres long. It is worth noting that fossils of Myotragus balearicus, a prehistoric mammal endemic to the islands of Mallorca and Menorca, and other species such as aquatic crustaceans and insects were found in this cavity. They can be visited from 10 am to 4 pm in winter and up to one hour later in summer. The entrance fee is 14 euros for adults, while children have to pay 8 euros. 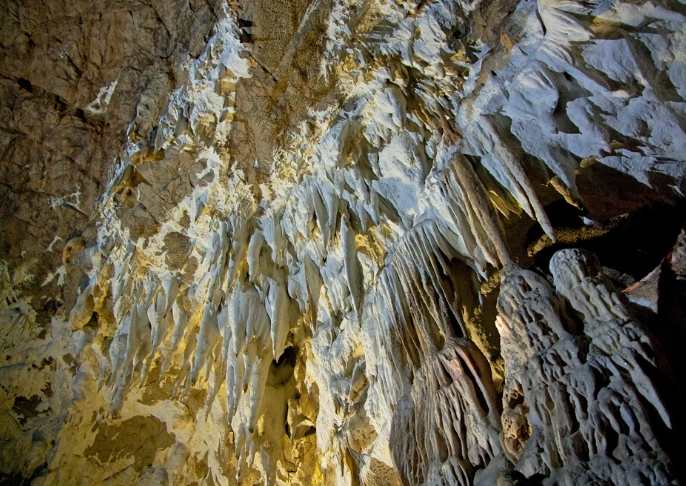 These caves are located next to the sea, at the end of the promenade of Porto Cristo beach, and it is remarkable that they were inhabited until the middle of the 19th century, and that most of these tenants were fishermen. They were not vacated until 1888, as these formations offered the ideal conditions to become homes that, at times, welcomed the whole family. They are named after the whitish colour of the rock that forms them. 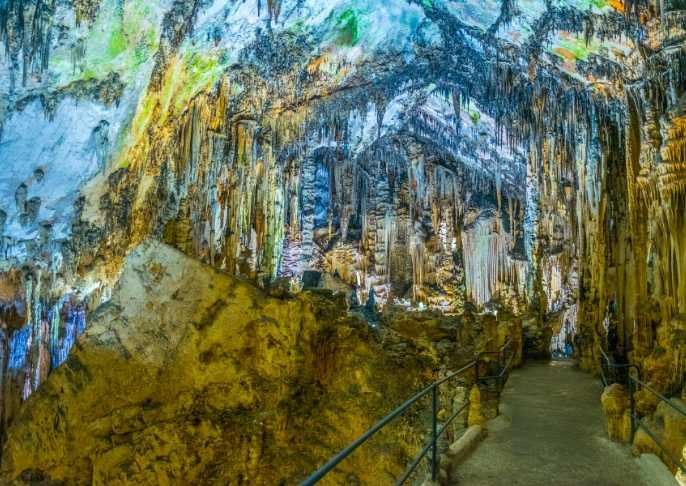 They are located on the coast of the Capdepera district, in Cap Vermell. As soon as you enter the cave, visitors enter the Hall with stalactites and stalagmites of impressive dimensions and shapes. The most spectacular of these structures is a 22-metre high stalagmite, one of the largest in Europe, located in the Sala de la Reina, while the room known as El Infierno offers a sound and light show. Towards the end of the tour, these caves offer spectacular views of Canyamel Bay. The duration of the visit ranges from half an hour to 40 minutes and is guided. The entrance fee is 14 euros for adults and 7 euros for children, and 9 euros and 4 euros for residents. They are open from 10.00 a.m. to 5.00 p.m. in winter, to 6.00 p.m. in summer, and to 7.00 p.m. in three busiest months: July, August and September.