We propose you a perfect plan to do with children at any time of the year, because you can also enjoy this proposal in summer. Visit the Son Real public estate on the north-east coast of Mallorca, on the road between Can Picafort and Artà, in the municipality of Santa Margalida. Here you can make some of the itineraries they have suggested, spend a day on the beach or spend the night in their refuge.

The Finca was acquired by the government in 2002 with the aim of preserving all its natural and ethnological values and its archaeological sites. On an area of 395 hectares we find

– Some old typical Mallorcan houses (possesió) still in use, with local livestock and traditional Mallorcan crops.

– A spectacular interpretation centre and an archaeological museum on the estate, which is available free of charge.

– Archaeological sites, Son Real is the area with the highest concentration of prehistoric burial sites in Mallorca.

– A group of natural ecosystems with dune systems, scrubland and juniper forests.

– Ancient sand quarries, remains of human activity throughout the centuries.

– Itineraries that can be covered on foot or by bicycle, ideal for the family.

– A refuge with 8 places to stay overnight.

The Finca of Son Real

The houses on the estate date from the Middle Ages and are a very traditional architectural complex on the island, as they consist of several manor houses, a courtyard, defence towers, a chapel, several warehouses, … warehouses. 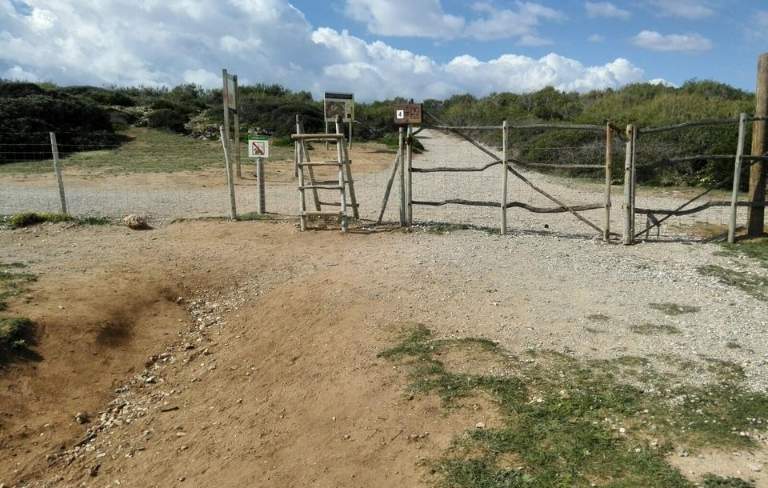 In one of the largest areas, Ses Cases Noves, is the Son Real Interpretation Centre, opened in 2008, with an ethnological theme that shows us the rural universe in contrast with the contemporary world in a very original and entertaining way for children. In the adjacent building, to which we have access without going outside, there is the Archaeological Museum with a children’s area used for workshops on specific dates.

Around the farm we can see native animals such as sheep, chickens or donkeys.

Access to the farm and its spectacular museum, the parking lot and the different routes is free of charge.

Most outstanding is that remains of human presence from more than 4,500 years ago can be found in very good condition. The best known is the necropolis of Son Real, a group of very well preserved tombs. Its peculiarity and what makes it a place worth visiting is that it is located at the edge of the sea and has numerous monuments: tombs, the Illot des Porros necropolis (‘leek’), a dolmen, several artificial caves at the edge of the sea,…

We can also find the remains of a pre-Talayotic settlement: Es Figueral de Son Real, which dates from about 1000 BC to 80 BC. 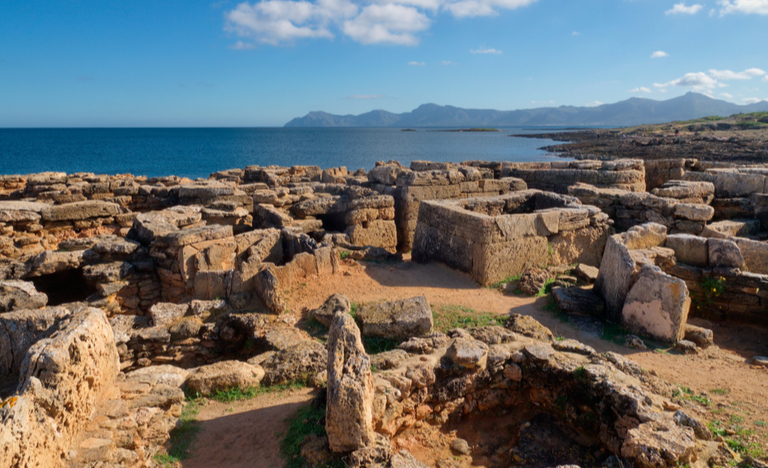 Routes related to the family in Son Real

The estate has 4 signposted routes that allow you to visit the different natural and agricultural environments of Son Real, enjoying all its wealth both on foot and by bicycle (bicycle hire available). These routes will take you to the main monuments of the estate: Talaiot des Figueral, Punta des Fenicis necropolis, dolmen, hut, beach…

They are the following for standing or cycling:

It is a very short route that passes through the farm’s agricultural area to reach the famous talayot of Es Figueral. The path starts next to the Interpretation Centre of the farm.

Its starting point is right next to the houses of Son Real, on the left, and it leads to the beach through an area of lush vegetation, with pine trees and wild olive trees. It also leads us directly to the Son Real Refuge, which is very close to the beach. When we reach it, we will find the Illot des Porros, where an important Talayotic site has been discovered.

You start from the same starting point as Camí de l’Illa des Porros, but almost at the end of the first route there is a detour that takes you directly to the necropolis. These two itineraries can be taken together in a circle, as they both lead to the beach. The Necropolis is the highlight of all the itineraries because of its high degree of conservation and its special location near the beach. Near the necropolis we find the remains of an ancient dolmen.

Level of difficulty: Low, it is the longest trip.

This itinerary connects the beach of Son Bauló in Can Picafort with the houses of Son Real. As it crosses different areas, it has more varied views than the previous routes. At the end of the beach we can reach the promenade that borders the beach of the port of Can Picafort, where we can find several shops and restaurants, it is a more touristic area.

Located near the beach and accessible from the first route, this site has been renovated and converted into a refuge, which is currently integrated into the network of refuges managed by IBANAT and belonging to the Government of the Balearic Islands. For a total of 8 people.

Access is on foot and the free car park is 1.8 km away, but if you have children under the age of three or people with reduced mobility, you can ask permission to drive to the refuge.

It consists of a single floor with several rooms: bathroom, living room with wood-burning stove and a common room. A useful area of 48 m2.

Inside the refuge there is a table and a bench, four bunk beds, a bathroom for people with reduced mobility, a fireplace, a first aid kit and a fire extinguisher. The hut has electricity through solar panels and non-potable running water. Outside the hut there is a shower and a stone bench. The hut also has firewood and a green dot.

Reservations for the refuge can only be made online through this website: Reservation of refuges and hostels IBANAT MALLORCA.

Technical data of the operation are real

Duration: The longest route is 60 minutes.

Opening hours of the estate: All year round; the office, the Interpretation Centre and the Archaeological Museum are open from 9 a.m. to 4 p.m.

Strollers: YES, but it is a dirt road with small stones.

Pets or domestic animals are not allowed on the farm, as they can disturb and damage the existing fauna and flora on the farm.