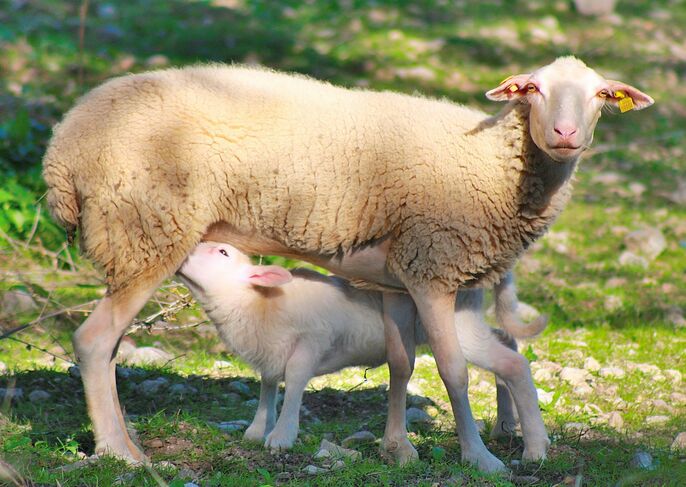 The picturesque village of Campanet, situated on a small hill, brings visitors back to rural Mallorca. It is worth visiting the nearby millenary caves and the underground streams known as Fonts Ufanes, which emerge from the earth after heavy rains.

The name Campanet comes from “capanna”. The Arabs called it “kapanat” (“composition of huts”).

Like practically in many places on the island, at a good time one lived practically only from agriculture. After the Spanish Civil War, shoe production became a major source of income. In the 1940s, hundreds of thousands of shoes were produced and exported to Latin America.

There are many sights to discover in Campanet:

The houses are grouped near the parish church of the Plaza Major. Two things are worth mentioning in the building, which was begun in 1717: in the Capella de Sant Joan Baptista there is a statue of the late Virgin Mary, which is mentioned as early as 1578, and in the Cipeüa de Sant Victoria we find the body of a soldier from the catacombs of the city of Rome, who is considered the martyr VIlitodatus. This relic is a gift from Pope Plus VI to Cardinal Despuig, who gave it to the parish in 1823.

The Plaza of Campanet

Located at the entrance to the village is the Plaza, where you can watch the village life. In the plaza are the church and the bars and restaurants of the village, where you can have a coffee on one of the terraces. The supermarket and the pharmacy are nearby.

About two kilometres north of Campanet is the hermitage dedicated to San Miguel, it was built shortly after the conquest of the island by Jaume 1, it is located next to the old Campanet cemetery and contains valuable altarpieces and objects from the 16th and 17th centuries, such as a beautiful painting from the 16th century (Madonna in the Rosary).

The caves of Campanet take us back more than ten million years.

As a result of some exploratory work carried out on the estates of So Na Pacs, the cave was discovered by chance in 1945 by widening a small hole through which a considerable flow of air escaped.

About fifteen million years ago, the continents we now know as Africa and Europe collided, so that these horizontal layers of rock were bent, broken and folded in the Mesozoic era, emerged from the sea bed and formed the Tramuntana Mountains of today.

The Campanet caves are less touristy than in other places on the island. They are considered to be the most important caves open to the public in the Serra de Tramuntana .

It is a natural source of water with occasional outbreaks after heavy rainfall that occur diffusely, up to a very strong and sudden river , so it should be noted that water is not always and at all times available .  But even then it is worth a visit, because the shortest route has no more than twenty minutes of ascent and another twenty of descent, the best thing is that it is a circular route, that is, we go up one part and down another. Most of the time we walk on a more or less passable road into a beautiful forest, which gives protection and prestige to this natural phenomenon.

This is without doubt an easy excursion, ideal also for the youngest.

Campanet is undoubtedly a beautiful place to get to know the villages of the Tramuntana mountain range and is part of Mallorca’s main tourist attractions.