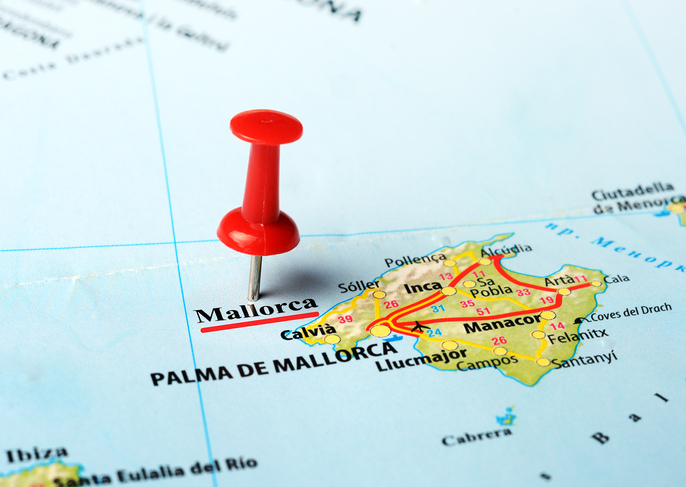 The Island Council has decided to rely on the bicycle as a means of transport in large parts of the island and for this purpose has divided its roads into different typologies. It will place information boards on the preferred or suitable routes for cyclists and indicate those that can not be used. This is one of the many initiatives to make cycling a fundamental element of mobility. The government is preparing a major campaign for the use of the bicycle in the coming months.

The map divides the Majorcan roads into five types, from “bicycle preferred”, the “service roads” (both green in the attached plan, highly recommended); the bicycle routes (in yellow, recommended with more caution); the not recommended (in red) to those that have the one lane for extra-wide bikes. The Island Council practically does not prohibit circulation by bicycle, but warns of possible dangers on some roads.

This map will soon be published by the Consell de Mallorca with the intention that it is analyzed by all who own bicycles.  Among others, the road between Manacor and Porreres, Campos-Santanyí, Inca-Manacor, Palma-Palmañola, Manacor-Portocristo or Manacor-Sant Llorenç-Artà are recommended. On the other hand, almost all roads of the Serra de Tramuntana are marked in green or yellow, where it is possible to cycle without problems with caution.

The bike lanes are widened to 1.80 meters

The Consell de Mallorca has already begun to build 1.80-meter bike lanes on the roads, contrary to the 1.50 wide that currently exist mostly. There are already some sections of this dimension that will also be 1.80 wide in the reform of the old Sineu road, which is currently planned, reports Joan Cifre, infrastructure director of the Island Council. This widening will allow cyclists to ride with much less danger. The Vía Conectora project, on which the Consell is currently working, also foresees that the width will allow a more comfortable movement for cyclists. In fact, the future of cycling mobility in Mallorca is based on the goal of improving the quality of cycling.

Do you think this initiative will help to improve and further strengthen cycling in Mallorca? ShareIhre Meinung with us !!