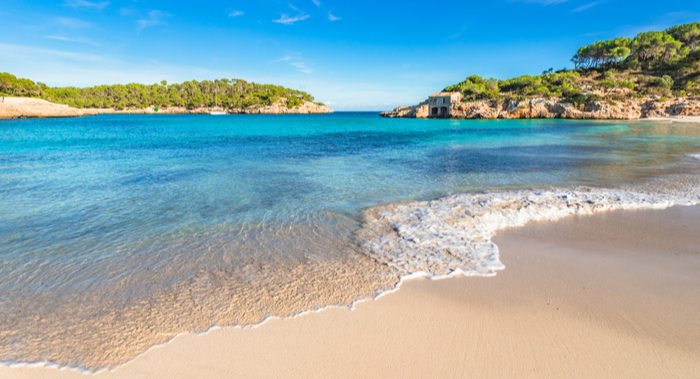 August is a hot month. If you want to spend your holiday on the beaches and enjoy the scorching sun, little or no rain and warm sea water, August is a good alternative for your next holiday in Mallorca.

Mallorca too hot in August

Temperatures in Mallorca are usually quite high in August. We often (and increasingly) experience a heat wave in August.  It must be said, however, that the nights in August are usually cool.

The end of August is usually little different from the beginning of August. High temperatures and people everywhere. If you can travel in September, it is advisable to holiday in September as there are fewer tourists and the temperature has dropped a little during this month.

Temperature in August in Mallorca

August is very hot in Mallorca and one of the most popular holiday months. The reason for this is probably the fact that the weather is quite stable at this time of year; in other words, clear skies and high temperatures all month long. At the beginning of August, the temperature reaches an average of 25°C and drops to 23 and 24°C at the end of the month. The maximum temperatures can reach 30°C or even more.

The average temperature of the sea is 26°C, which makes it perfect for cooling during periods of high humidity. Humidity in August ranges from 46% to 94%.

Of course, you don’t need warm clothes in August, so just wear light summer clothing, with plenty of shorts, shirts and blouses. As with all other sunny months, it is always necessary to have sunscreen on hand.

Of course, most visitors spend a lot of time at the beach. There, it is advisable to seek shade during the hottest hours of the day.