The island of Mallorca is characterised by its castles, towers and fortresses, which are set in beautiful surroundings. Due to their favourable location in the Mediterranean Sea, the islands were coveted by many civilisations that came from the sea.

Among the highlights are the imposing Bellver Castle, in Gothic style with a circular parade ground, the Alaró Castle, located on the top of a mountain, and the Capdepera Castle, which takes us back to medieval Mallorca.

All along the Mallorcan coast you can still find defensive towers, which in their time were used to warn the population of the arrival of corsairs and pirates, and which today are fantastic viewpoints over the sea.

The castle of Capdepera, the original nucleus of the municipality, was built by order of King Jaume II (14th century). The extensive Gothic wall, the church of Nuestra Señora de la Esperanza and the tower of Miquel Nunis, located at the highest point of the complex, are noteworthy. 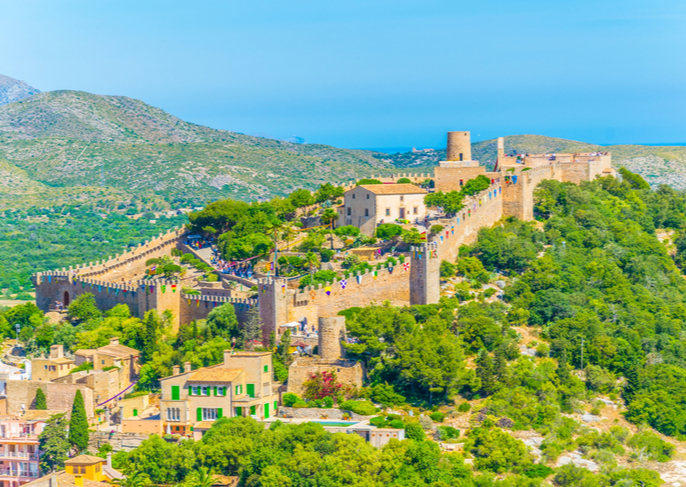 This fortress was built to control the territory and maritime communications with Menorca. In the 18th century it became a military barracks under the authority of a governor, whose residence still exists in the complex. The military gave up the castle (1854) and at the end of the 20th century (1983) it was donated to the Capdepera Town Hall.

The wall that surrounds the complex (1386) is in Gothic style, with a military character typical of the 13th and 14th centuries.

The castle of Alaró was built for military purposes and served as a residence for the conquerors of the island. There are records of its existence since 902, and since 1622 it was also a place of worship, with the creation of an oratory. 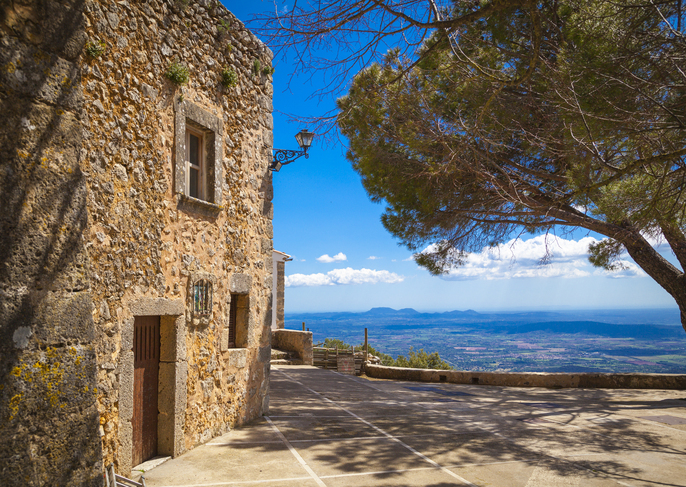 It is a fortified military site located on the top of a mountain.

The walls of Alcudia

The strategic situation of the city led to the construction of the first city wall (1362) under the rule of King Jaume II, although the constant attacks damaged its structure and it was practically destroyed. During the reign of Philip II (end of the 16th century) a new phase of construction in the Renaissance style began, but the wall collapsed again at the end of the 19th century. 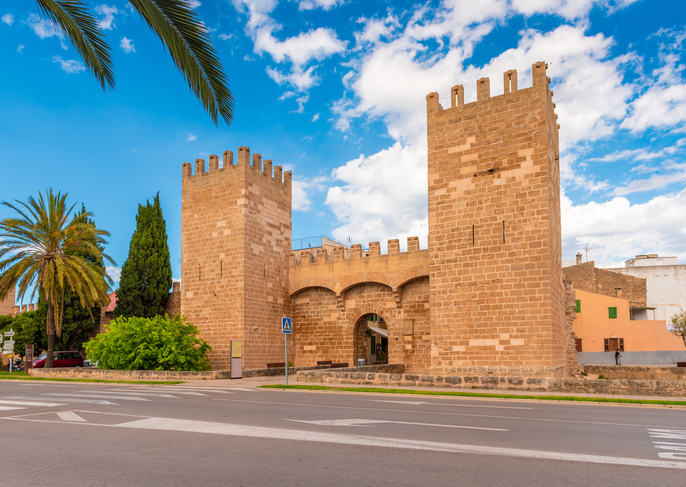 Two gates have been preserved from the original wall: the “gate” of Moll or Xara to the east and the “gate” of Sant Sebastiá to the west.

It is one of the most outstanding defence towers on Mallorca, and is considered one of the best due to its age, good condition and magnificent views.

The tower of Canyamel was built (13th century) as a defence and surveillance tower for the local population. Since 2009 it has been used as a museum and centre for artistic events and exhibitions. 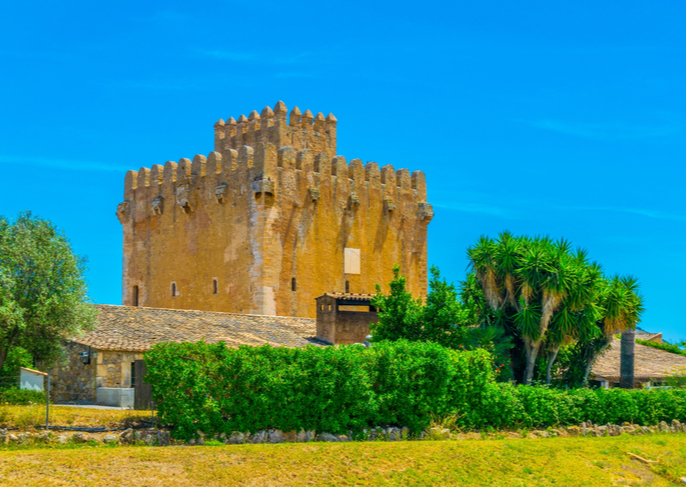 It is one of the most outstanding defence towers of Mallorca. It is of Muslim origin and its development is linked to the conquest of Mallorca by Jaume I. (13th century).

The tower was built to guard and shelter from the frequent attacks of corsairs and invaders. 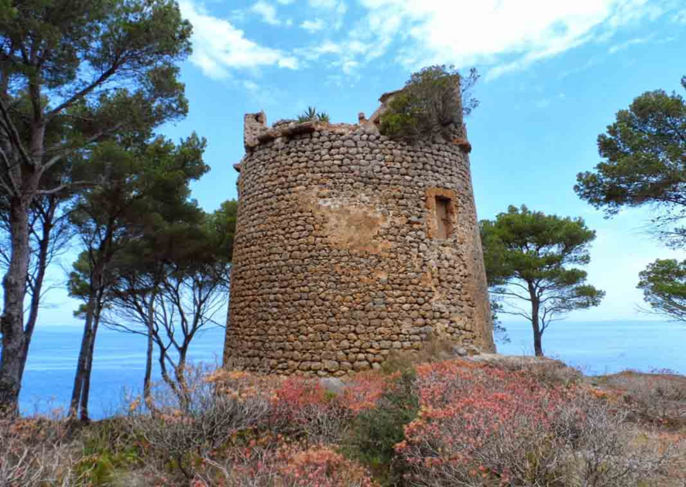 Defensive tower from the 17th century, built as a permanent surveillance enclave against enemy incursions. It can be reached on foot from a private area.

The tower is located on the grounds of the privately owned “possessió” de Sa Pedrissa. To get there, one must take a private road.

The castle was built at the beginning of the 14th century in the Gothic style, with an original round base. Here, in addition to the old rooms of the kings of Mallorca, you can visit the Museum of Town History, a collection of classical sculptures and the cell of Gaspar Melchor de Jovellanos.

Bellver Castle is located 3 kilometres from the centre of Palma and 112.6 metres above sea level. Built between 1300 and 1311 at the behest of King Jaume II of Mallorca as the residence of the Kings of Mallorca, it is one of the best examples of civil and fortified architecture in Mallorca’s Gothic style. The castle has also been used throughout history as a refuge and prison.

Of note is its original design with a circular base, the only one of its kind in Spain. It is structured around a central courtyard, also circular, with four large towers facing the four cardinal points.

On the upper terrace you can still see the numerous murals painted by the prisoners during the French War (1818-1814), and you can enjoy beautiful views of the city and the Bay of Palma. The enclosure is located in the Bellver forest, the only green lung of the city, and is owned by the Town Hall. To get there you have to pay an entrance fee.

We hope you enjoyed this contribution and that you will consider visiting a castle or tower during your next holiday in Mallorca.