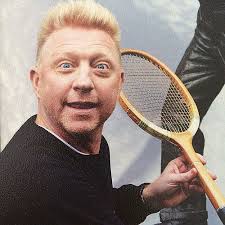 The finca of Boris Becker in Mallorca

The great tennis player Boris Becker is no longer the one who touched the glory when he won Wimbledon at just 17. There is little left of that life of luxury and excess. Poor management and bad recommendations have left Boris bankrupt. One example of his excessive and luxurious life is the finca Boris Becker has in Arta. The Boris Becker dream finca is now a nightmare for Boris Becker, because he cannot find a buyer for the finca and, because the former tennis player is bankrupt.

Who was Boris Becker?

Boris Franz Becker, November 22, 1967, is a retired German tennis player On July 1, 1985, he became the first German and the youngest (17 years and 7 months) Sipieler to win Wimbledon.

On the other hand, he won the Davis Cup in 1988 and the German national team in 1989. He also won the men’s doubles gold medal at the 1992 Barcelona Olympics alongside Michael Stich. He was number 1 in the ATP rankings for 12 weeks in 1991. The earnings of his career totaled $25 million.

After leaving tennis, he was involved in some scandals. On February 8, 2001, the results of DNA tests have you have to acknowledge the paternity of a child, Anna (born March 22, 2000), daughter Angela Ermakova model. At first he denied paternity, and his lawyers suggested that Ermakova was part of a blackmail armed by the Russian mafia. In July 2001, he agreed to the model five million dollars.

He was also charged with tax evasion on Oct. 24, 2002, when he admitted that he lived in Germany from 1991 to 1993 while professing to live in the tax haven of Monaco. He was placed on probation for two years, fined $500,000 and ordered to pay all court costs.

The finca of Boris Becker is located in Arta and has the name “Son Coll”.The plot is 218,000 square meters and the finca has 1600 square meters. The villa consists of 10 bathrooms and 10 bedrooms. The house consists of a main house and two guest houses. Next to the pool there is a gym, sauna, shower and dressing room. Boris Becker bought the luxurious finca in 1990. You candie luxuriöse Finca hier einkaufen

The German tennis star put the villa on the market in 2007 for about 15 million euros, but withdrew the property shortly after. The Tennistas said that he wanted to live with his family in the finca, but with the crisis he returned to market it. The value of the farm has dropped significantly and no buyers are found.

According to the Spanish tax office, in 2003 it was considered that part of their land had been built without the appropriate permits, and was ordered to demolish part of the farm

On the other hand, in 2012 he had a money problem with a local gardener and because of the problem with the gardener he almost lost the finca. The luxury finca also has a separate guest house, a large pool area and tennis and basketball courts.