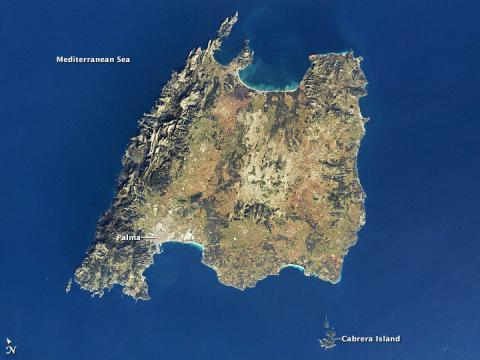 Mallorca from Latin insula maior, later Maiorica (“the larger island”, compared to Menorca) is an island belonging to Spain in the western Mediterranean Sea, about 170 kilometers from the Spanish mainland near Barcelona.

Majorca is the largest island of the Balearic group, which together with the Pitiusas, as a Spanish region, forms an autonomous community within the Spanish state. Mallorca is home to the capital of the Balearic Islands, Palma de Mallorca. The official languages are Catalan and Spanish. In addition, Mallorca is also the largest island belonging to Spain